Concurrency is a key paradigm for the development of scalable, performant and stable software engineered applications. Languages like JavaScript and Python have popularised asynchronous event-driven patterns in favour of multi threaded programming. Threading has shown to be insufficient with respect to performance, memory consumption and shared state as demonstrated by performance metrics for Nginx and Apache servers. In this post we will examine asynchronous performance against a relative newcomer to web scale concurrency - Golang (Go).

JavaScript and Python have served me well for the majority of my projects and are an absolute pleasure to develop in particularly when dealing with web related tasks. I've enjoyed these languages in my academic work and publications, industry-based tooling and most recently with personal project work. You may have seen in recent blog posts I've written about a domain permutation tool - Domainsync built in JavaScript, and an interface to Burp's REST API developed in Python.

Before embarking on another security scanning tool I wanted to evaluate whether my go-to languages were in fact the best choices in terms of speed and accuracy, or whether it's worth biting the bullet and developing in a completely new language. To assess this I've created one file for each of the three languages [fast., go, py, js], all utilising the best concurrency methods supported by the languages.

The process is as follows:

Javascript
It was decided to make use of JavaScript's built-in concurrency model - Promises. We opted for the Promises.all method that essentially creates an array of new fetch objects and attempts to resolve them all at once.

Python
For Python, the asyncio python3 library was chosen due to behaviour similarities with async JavaScript.

Golang
For Golang we've opted to use a built-in primitive, namely goroutines. The pattern used here is the producer/ consumer as illustrated in this article.

You may have noticed that we've ruled out sequential requests out of our evaluation - for argument sake these typically take orders of magnitude longer time to complete due to the wait time for each previous connection before moving onto the next.

For a fair and balanced test we assume the following:

The results show that Go is the clear and obvious winner here. What we also found was that when increasing the number of concurrent requests, both Python and JavaScript were throwing exceptions mainly due to timeout related errors, while Go simply kept "going". The below stats are measured in seconds. (the lower the better)

Limitations of Python and JavaScript

In the past I've found both languages to be fantastic choices for web based tasks, tooling and API development. The drawbacks to these languages only really manifest themselves when we push the languages to their resource limits. And it's where there's a lack of first class support for concurrency that these languages fall short.

For JavaScript you have the non-blocking event loop concurrency model which is touted as one of the more performant methods when dealing with HTTP on both the client and server side. This approach is referred to as the solution to the C10K problem that Apache servers traditionally suffered from. Nginx made the event loop approach wildly popular and demonstrated how to scale tens of thousands of concurrent HTTP requests by making use of asynchronous concurrency patterns (epoll, IOCompletionPorts), as opposed to multi-threading for request sessions. The memory intensive thread-per-connection approach that Apache uses is exactly why it's susceptible to Denial of Service attacks.

Python is a more mature language than JavaScript and has support for both user-space threads and asynchronous routines. A major drawback using Python with respect to concurrency is that, like Ruby, it suffers from the Global Interpreter Lock (GIL) and therefore does not have true support for a scalable, simplistic concurrency model. There are work-arounds for this problem, but again, they are supplemental solutions to the concurrency issue that the language core has not addressed.

Go on the other hand was developed by Google to address these problems head on. The Go programming language was the brainchild of Robert Griesemer, Rob Pike, and Ken Thompson, and was composed to address the concurrency model pitfalls exhibited by languages like Python, Java and C++. As such, the Go programming language has primitives like goroutines and channels baked in from the ground up giving the user the ability to spawn routines and communicate in a thread-safe manner with other parallelised tasks. Another key takeaway from using goroutines are the fact they're really eco-friendly with respect to memory overhead, while at the same time making it easy for the user to synchronise between tasks. You can think of channels as light-weight threads. But unlike threads in Java which require 1MB per thread just in overhead cost, goroutines can be spawned at a cost of ~2KB in memory without the need for additional libraries.

It's no secret that JavaScript's event-driven approach has yielded significant benefits over the years compared with traditional threading for concurrency, and that's why Nginx was shown to be superior to Apache with regard to the C10K problem. Python too has its many benefits particularly around speed, expressiveness, and a plethora of well-maintained packages making it the go-to language for professionals ranging from data scientists, academics, all the way through to information security pros. When it comes to performance and scalability, however, these languages may not be the most efficient choice when compared with concurrency-by-design languages like Go. Our experiments show that Go is the clear winner when dealing with tens-of-thousands of connections simultaneously, but requires a bit more work in terms of code structure and verbosity. In my view, these trade-offs are well worth it and end up paying dividends as code increases in complexity. Give it a Go and let me know your thoughts!

I'm pleased to say I've moved my domainsync service over to React, and at the same time moved the domain to badsec.io. Since these changes I've found it's much easier to compose complex services into simple components that simplifies code extension, modification and testing. The original back-end code is 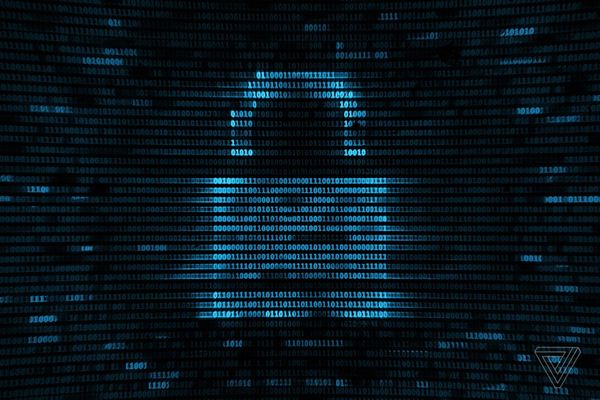 TLDR: I've created a toolbox that will allow you to break RSA 128 & 256bit keys in less than five minutes with minimal hardware (2 vCPU's, 2048MB memory). Grab yourself a copy here. Over the last couple of weeks there's been quite a bit of chatter around breaking RSA encryption. 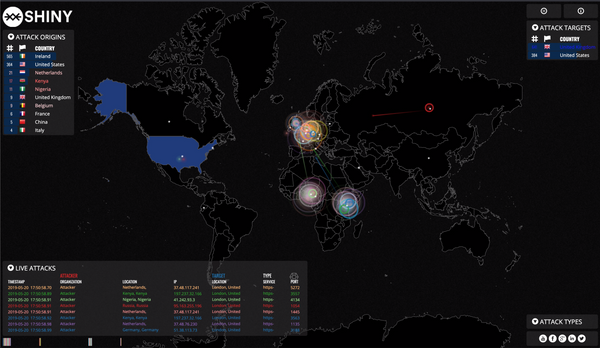 Everyone loves a nice shiny visual to look at, right? In the technology space we have massive amounts of data at our disposal, but very rarely do off-the-shelf tools give us meaningful insights in real-time. In this post I'll show you how you can make use of Cloudflare's WAF events